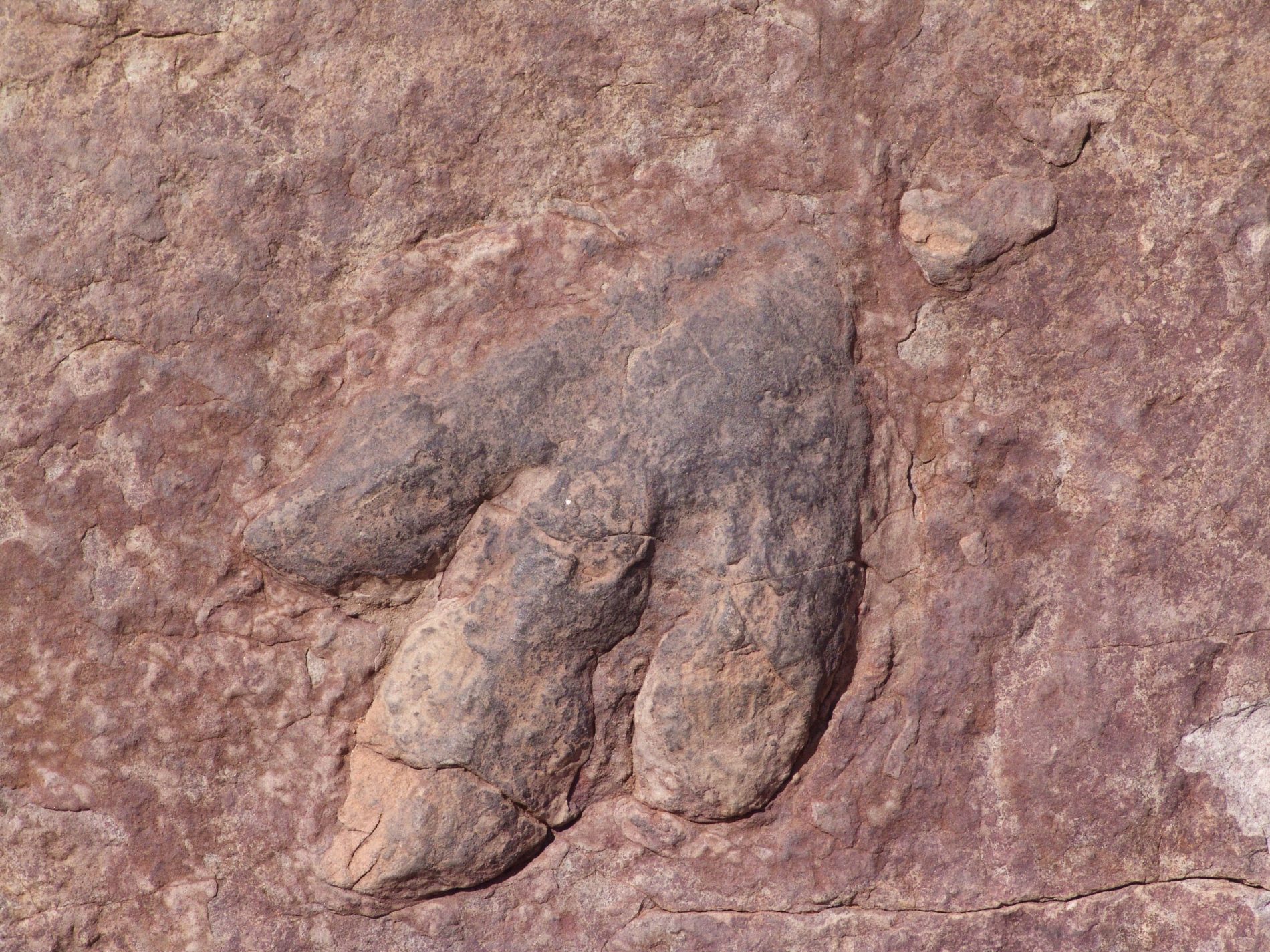 There are 25 types of Ordovician Period trace fossils at Indian Springs Trace NNL that lived 450 million years ago in a lagoon. They are excellently preserved and represent a diverse group of trace fossils from medium to large-sized arthropods including trilobites, eurypterids, merostomes, and limulids (horseshoe crabs). There are also trace fossils of soft-bodied polychaete worms, several types of vertebrates (including the primitive fish called ostracoderms), and others.

The fossils are located on the grounds of the Indian Springs Campground (also a working ranch), where the owners conduct the tours. The fossils were discovered by the ranch’s patriarch, Bennie C. Thorson (now deceased), who contacted Prof. William A. Fischer of Colorado College in Colorado Springs. The Thorsons and Dr. Fischer worked extensively on the 10-acre site for five field seasons before scientific results were published.  Bennie’s daughter Carly has carried on the family tradition of preserving and presenting this remarkable site.

authoritative publication on this site by William Fischer of Colorado College describes the site in this abstract as “ A unique assemblage of trace fossils [tracks], body fossils, and sedimentary structures from the lower Harding Formation near Florence, Colorado shows the Middle Ordovician vertebrates lived in an estuarine environment”  Note:  Estuaries form a transition zone between river environments and maritime environments and are subject to tides, waves, and the influx of saline water and also freshwater. The Indian Springs trace fossils are exceptionally well preserved.

To arrange a tour of the Indian Springs Trace National Natural Monument, contact Carly Thorson at (719) 429-2206.