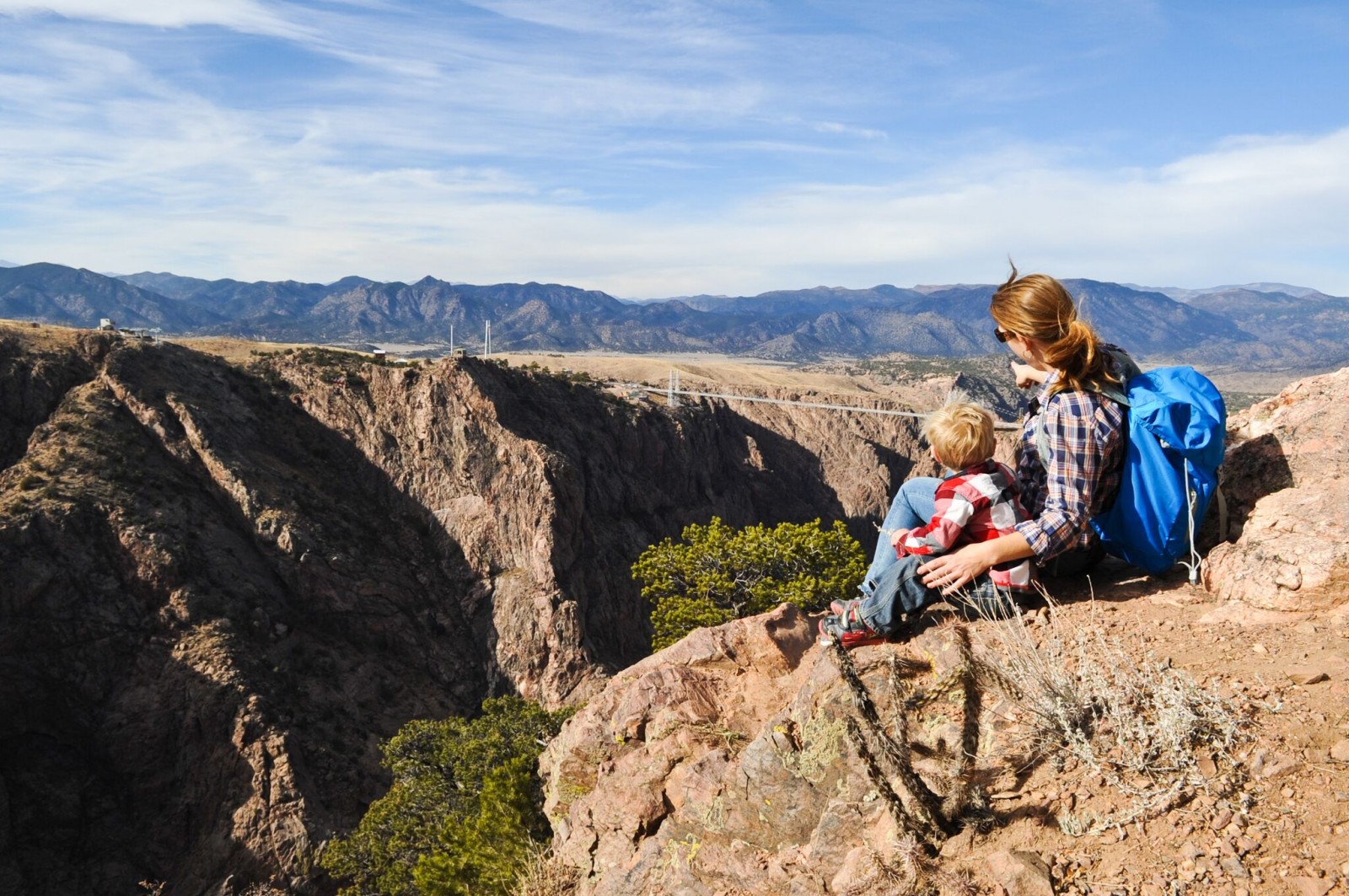 The towns of the Royal Gorge Region are rich in history. To learn more about their historical significance, take a self-guided tour and discover something new!

Charming, historic downtown Cañon City offers blocks of beautiful architecture and fascinating stories. This three-hour walking tour starts at the Colorado Territorial Correctional Facility and heads north up Main Street, where it ends at 8th Street. The following are just a few of the tour’s highlights:

Take a stroll down Main Street Florence where many historic buildings have remained untouched for decades and over a dozen antique shops have helped Florence earn the title, “Antique Capital of Colorado.” The following are highlights from the self-guided tour:

Howard is located west of Cañon City in a rich valley and along the beautiful Arkansas River. This walking tour begins at Howard Hall and ends at a parsonage built in 1920. Highlights of the tour include:

Ride to the top of a high razorback ridge overlooking Cañon City. With cliffs on each side of the road, the drive can be hair-raising. Stop to read interpretive signs or view dinosaur tracks embedded in the cliff face. Highlights of the drive include:

Ride along 50 miles of Highway 50 from Cañon City to Salida where magnificent views and incredible geology await. The drive also passes some significant historical locations, as this route was once served mining camps along the Arkansas River. Highlights of the drive include:

People came to the Royal Gorge Region in waves during the gold rush, the Civil War, and the silver, coal, oil, and railroad booms. Many of these people are buried in cemeteries dating back to 1865. Highlights of the Fremont Cemetery tour include:

The post-Civil War economic growth and industrialization of Colorado and Fremont County, driven by the advance of railroads, led to the rapid development of the Cañon City Coal Field. The Coal Camps where miners lived were owned and operated by the coal mining companies, such as Chandler and Radiant.

While the coal mines are now closed, this Fremont County Heritage Guide is intended to preserve the memory of this important economic era. It is dedicated to the miners and their families, many who immigrated to the United States and established deep roots and a lasting legacy in Fremont County.

Embark on over 30 hours of scenic drives, complete with historic and geologic detail, are offered in this summary Heritage Guide. Stops include Downtown Cañon City, Skyline Drive, Downtown Florence, Cemeteries, and more.

This has to be one of the best geology hikes in the USA! You will see an ammonite fossil, dinosaur tracks, remnants of the original ancestral Rocky Mountains, rocks from the dawn of vertebrate life, layers from the Western Interior Seaway, and the remains of a volcano as well as the Great Unconformity, where Ordovician rocks lie directly on top of Precambrian rocks.